Last week saw the inaugural meeting of the British Society of Criminology’s new Critical Criminology group. This is an important event for all kinds of reasons, not least the need to develop a criminological sensibility informed by and responding to the problems we see around us in this complex social moment. These problems need little rehearsal – traditional concerns with crime and victimisation, the apparent reversal or changes in the long-run decline in crime observed in official data, profiles of the most economically depressed regions and neighbourhoods that offer insights into internalised social pain, depression and violence and national economic and political settings that both exacerbate and deny the depths of many our problems. This is only the local context however and it was good to see concerns with ecological limits, international political economic and humanitarian problems foregrounded alongside a new confidence to assessments of the roots and complexities of crimes of the powerful. Where to next? 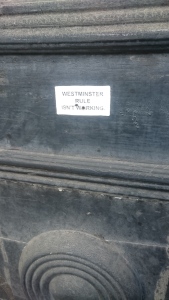 All of these issues show that a critical criminology is required that identifies with and locates forms of human damage and violence within the systemic roots and social structures that give momentum to these problems. A sociology, in the widest sense of that term, of how these complex problems arise and what we might do to offer a blueprint for social relations and structures that would either diminish or do-away with such problems forms the basis of such a critical position. The danger at this stage seems to be long-standing in my view – how to avoid some internecine battle over definitions or scope of such a project. For my own part it seems to me that an inter-disciplinary project focusing on crime and harm that brings light to the deeper sources of alienation, violence and exclusion offers one of the most important and exciting pathways forward for criminology as an intersecting point for those desperate to counter the excesses, depths and inequalities associated with our growth/market/capitalist societies. Criminology wins to the extent that it offers an accessible, grounded and intelligent response to these challenges. It must offer vocabularies and conceptual tools that can be relayed to society to help it and its members interpret and access the roots of their problems and worries.

This is essentially an ongoing and positive project that connects with a much longer tradition of free-thinking, social justice-oriented and ‘radical’ positions within academic enquiry that go beyond conventions and conservative (with a small ‘c’) interpretations – what does a field of inquiry that says things are either ok or the best we can achieve do for us today? The next step is to carry on doing what we are doing and to ensure that systems-level thinking is combined with close empirical and theoretical analyses of the leading problems of our time. As one keynote, Anne Pettifor, offered, we will have to attend to this bigger picture if we are to understand the kinds of crime and harm that will be generated by the economic and social structures changing in front of us. The rise of the popular political right, a hyper mediatised and voyeuristic society, the dependency of desires for baubles and gadgets on exhaustible and exhausted materials and the backdrop of climate change and approaching planetary finality will be important grounds on which critical criminology and social science should be located.