One way of thinking about the wealthy and inequality in our cities is to consider how they circulate and engage with public spaces, to what extent are the super-rich really engaged with the city and why does this matter? Themes of privacy, security, status and London’s relative safety emerge as key to these flows.

The Daily Telegraph recently gave coverage to a £4.5m home for sale in Hampstead. The house, notable for its price tag alone perhaps, was deemed distinctive because it was largely underground, sporting, in iceberg fashion, a barely noticeable street level presence that concealed an extensive and airy home and gardens below. Such homes are not a new phenomenon but they are increasingly prevalent and connect to the growth of a group of the very wealthy now living in London. As a sociologist one way of thinking through the implications of gated communities and fortress homes is to consider what these spaces say about and do to urban social practices and patterns of sociability – why are such homes created; what fears and aspirations do they respond to; how do such spaces reinforce and help to reproduce the existing inequalities of the city? Of course this is now a world of pronounced inequality and one in which the public realm and social investment are increasingly at stake in a political vision of the world in which trickle-down economics and naked personal ambition are feted by politicians and think-tanks. The result of these inequalities and social conditions is the production of urban anxieties that translate into bunker style homes as well as the opulent display of defensive measures like remotely accessed gated developments in more suburban gates, as affluent residents of the street in Lanchester’s novel Capital learn ‘we want what you’ve got’.

To say that such anxiety is new is of course untrue, there are certainly continuities here, but there are subtle and qualitative differences with earlier concerns about a culture of fear as the gap between the very wealthy and others becomes ever more marked – domestic space is increasingly private and inaccessible as though wealth grants a permit to invisibility. Is this because of a fear of crime, a fear of intrusion, perhaps even a worry about public visibility, envy and a celebrity culture? In many ways it is a complex combination of all of these factors, but it also relates to changes in income, wealth and urban society generative of changes in the built environment of the city. Much has happened to make London it a rather different city from even a decade ago. Part of the story of these changes is certainly about the moving frontier of gentrification and displacement that now takes-in the destruction of good public housing in return for private and ‘affordable’ apartments but and scant new council homes. The changes are also linked to the increasingly composition character of households in the city, many of whom are largely absent, international investors as well as those who appear at key moments in the social and sporting calendar. In the background changes in housing affordability, austerity and critical changes to the conditions under which welfare support is offered have also had massive impacts.

The changes we have seen in London and the appropriation of positional homes by international capital say something about the desirability of this particular city for those looking to invest and make further gains (the argument of economics), but they also say something about the nature of London’s urban culture and built environment which facilitates a lifestyle conducive to a group whose steps into public space are often timid, or at least wary of where and who is safe (an argument of the role of culture). As many wealthy people suggest, when one has money the character of the world around becomes more pushy and potentially threatening.

In this context debates about cosmopolitanism, inequality and territory have ensued – who is London for and who do its political class really serve? How do the wealthy move around and through these spaces and what, more importantly, do these mobilities say about their own social politics and connection to the wider citizenry of the capital? Of course insights into these patterns are hard to discern yet are important to a broader evaluation of the value of the wealthy to the city, in both social and economic terms. In fact much of the narrative around London for the rich is that the city is a safe place, in both social and economic terms. For one thing, having money confers the ability to occupy a home that is a fundamental base from which forays into public and other private spaces can be made.

Elaborate security systems, a supporting cast of staffers and other services enable a seamless engagement with space are all in place and emanate from the domestic realm. The ultimate goal of many buyers is a space that allows drive-in car parks with internal exits (common in many of the newly planned skyscrapers for the city to come in the next decade). The poor doors of apartments alongside Versace interiors at the Battersea power station (Nine Elms) development are but one example of the ways in which the wealthy flow around the city almost in tandem with its wider population yet are impermeably separated – tinted glass, locked taxi doors or in lifts that piggyback on those used by lesser residents among other strategies of distance and control. In this sense the wealthy are not an extra-territorial presence in cities like London but enjoy the sense of being threaded through the fabric of the city while being able to negotiate what are seen to be more risky groups and spaces. Co-ordinated forays using personal drivers are an essential element of these networks and allow the conspicuous trappings of wealth, relatively unremarkable in such an affluent capital, to slip from view via communication by phone. Yet, for them, the city appears as a delightful and open system whose emissaries welcome them in the form of ushering estate agents and no less entrepreneurial politicians.

A politics of invisibility

Despite the privatisation of public spaces and ongoing debates about the forced expulsion of the homeless, those on welfare and modestly paid workers, London feels as though it embraces the wealthy. The renewed politics and legitimacy of austerity is not so much ignored, rather it is simply not part of this world, indeed it has helped to protect it. Yet the mood of the city can only remain bullish to the extent that it denies an interest in those struggling with a straining infrastructure of over-priced homes and crowded transportation. The search for a space that is safe leads to London for many international buyers and those with money more generally, the sense of danger found in many other national capitals fades from view even if the instinct for safety never dies. London works because exposure can be limited and because districts and schools can be found that match needs which will not be compromised on. The implication, to return to the example of the iceberg home, is the existence of a fortress archipelago of gated and fortress homes linked by sealed mobilities and encounters with safe zones. Whether we care about the qualities and feel of this increasingly securitised form of urbanism is one thing, whether the excesses upon which it is built will be challenged is perhaps quite another. 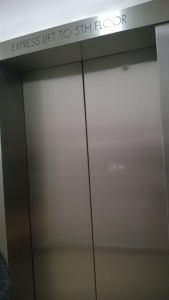 Thia blog is a version of this freely available article: Atkinson, R. (2015). Limited exposure: Social concealment, mobility and engagement with public space by the super-rich in London. Environment and Planning A, this blog also appeared on the LSE politics blog here.