We’ve come quite some way from images of the young Joe Lampton jockeying to be top-dog in the social realist film of John Braine’s Room at the Top. The vision of ambition and social mobility in post-war Britain became a popular rendition of ideas about moving-up the social ladder and competition.

Today we can look back and reflect on a rather quaint portrayal of a pretty stable and increasingly affluent society of near-full employment and sense of entitlement and direction in the lives of the protagonists. In a series of startling facts and insights revealed by social scientists in recent years we have begun to understand the depth of radical changes to societies in which a sense of career fragmentation, rising social anxieties, material excess and want. In addition to these worrisome changes we can observe a growing sense of conflict and palpable anger over excessive inequalities. We are faced with the view of powerful billionaires commanding historically unprecedented fortunes, as well as political actors, the stressed conditions of declining and desperate post-industrial regions and the significant dismantling and defunding of many aspects of the public realm, hospitals, schools and universities among them. Perhaps not since the Edwardian era have the excesses of those thriving seemed so out of sync with the conditions and prospects of an increasingly anxious population – at least one key difference being the incredibly clear visibility we have of those conditions at the top. 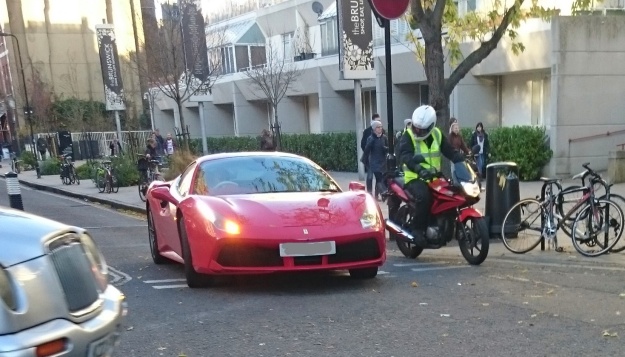 A number of facts and figures can be quickly marshalled to reveal the extent of the extraordinary gulf between those at the top of our society and the rest of us. We might, for example, capture a sense of this globally by considering the research by Oxfam which baldly states that 62 people have the same wealth as literally everyone else in the world combined. That is less than a bus load, not that you are likely to see them electing to get on your local 52 to the town centre any time soon. Alternatively we can consider the fortunes of the top 1%, a group whose fortunes, according to the French economist and sociologist Thomas Piketty, who have seen their wealth expand dramatically over in recent decades at a time when the income and wealth of the rest has stagnated or declined. Finally, we might turn to the work of those locating the homes of the world’s billionaires and ‘ultra high-net worth’ individuals of whom around 80 now live in London.

What these figures reveal little of is the much larger imprint on our daily lives, culture and poltics that the rich now influence. Wealth and excess are now a significant aspect of our fascinating (perhaps also our disgust) with the lives of the rich and famous. Underlying the changes seen in London, a shiny façade of trophy towerblocks and fortress homes for the rich along the Thames, lies two kinds of anxiety. First, that without offering the best possible deal to offshore millionaire and billionaires the city will somehow buckle and shed its pre-eminent position to other global capitals vying for their attentions. Second, for the population at large, that the city has sold its soul, skyline and space to the wealthy with less than scant regard for the everyday citizen competing for housing in the city.

While we are fascinated with what life must be like at the ‘top’ much of this interest is driven less by admiration or envy and more by a sense of the socially and environmentally unsustainable position of those with so much in the face of yawning inequality and widespread social poverty. We know that their travel and homes are excessive and a drain on environmental resources, that they vie for political control, that they avoid or evade paying taxes (in many cases to the countries that house them) and that they are often narcissistic and remote from the concerns and indeed desperation of many living through government austerity measures and cuts. There is little to laud and everything still to understand about how the machineries of our economies, governments, societies and cities are linked-to the demands of the growing ranks of the wealthy. In a time of polarised and often angry and hate-filled political discussions a way forward that celebrates the social, forms of togetherness and moderation are needed in order to make society a place of greater social justice. There is an urgent need to deliberate on these thorny issues further while many dream of an island escape amidst the dog eat dog world of austerity, the gig economy and rising social anxiety about where we are going more broadly.