In 1975 Georges Perec observed a public space and wrote his every observation in a very short book entitled An Attempt at Exhausting a Place in Paris. Like much of Perec’s work the engagement provides scope to rethink our relationship to place and to be more playful in our understanding of what space can offer us – does the space become more banal or exciting in its appearance as a result of trying so hard to observe its every occurrence and features? Of course places can be exhausting on a number of levels and debates about the quality of place, the lack of services, cuts to public provisions and the like generate continuing rounds of discussion about how best to allow neighbourhoods to be places that advantage and prop-up their residents in some way. The debates about area affects, the idea that it is worse to be poor in a poor place than a space that is more socially diverse, captures the idea that  neighbourhood life somehow might drain the vitality and opportunity of its residents. This can happen in numerous different ways – increased pressure on social, education and health services, the social fatalism generated by stigmatised social identities in such spaces as well as the potential isolation from work opportunities or transport connections. 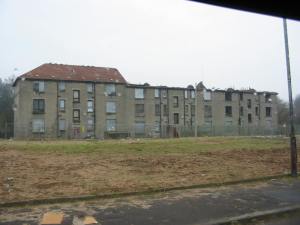 Those interested in this patchwork of disadvantage also well know that central mechanisms for reducing inequalities of wealth and income, and local, spatial programmes of intervention to off-set such effects are notable for their absence. We are doing little to nothing to challenge the regional and local inequalities generated by economic policies and structures, nor the deeper effects that massive cuts to social provisions are having. Yet the logic of these processes is much deeper than we might at first imagine, I have been struck at the usefulness of Saskia Sassen’s new book Expulsions which seems to me to provide a rather fresh and exciting perspective on how places and people are being transformed and denuded by the systemic architecture of the world economy. Notions of poverty and inequality don’t capture this fully. For Sassen we are seeing the tendentious emergence of forms that are leading to the literal evacuation of vulnerable populations – the theft of natural resources by international corporations, the massive displacement of populations and the removal of rights of citizenship for key groups living in poverty. More worryingly we can think of these forms of expulsion as being not fully intended – the systemic architecture of a globalised capitalism will produce forms of social and spatial organisation that feed this machine by destroying the livelihoods of millions while generating the positionality of corporate and state actors who unknowingly conspire to enable these forms of extraction to proceed. For some this might seem to let too many off the hook and yet I think there is a curious power to the notion that much of the social distress and dispossession is the emergent outcome of the system at work, rather than of careful planning or anti-social intent as such. This exhausting of places and people is the system at work, driven to the logical endpoint of its own unsustainability but no doubt also guided by the personal ambitions of key corporate actors able to take what they can from the commons before it is finally drained.

I was struck while reading Steve Hall and David Wilson’s piece about serial killing in a recent issue of the European Journal of Criminology. They make the argument that we need to develop deeper theories of motivation and the influence of social structural conditions that may shape such motivations. In a nutshell, is the inclination to do harm linked to predispositions that are hard-wired (some people are always born with violent propensities) or do the peculiarities and geographies of social and economic stress also play their role. I know where my money is, but this is a long-running argument and one which continues to need elucidation, not least because of the persistent denial of the role of social forces and increasing belief in genetic and personal factors. It is also important because, as they point out, the crime-drop has been much less marked in highly deprived areas – spaces that, as I’m sure you’ve noticed, have fared less than very well over the past six and many more years. Violence is concentrated, under-reported and internalised in the traumatised personal biographies of those living in these districts, and these stresses (pressured services, lack of employment, education and skills deficits, stigma and abuse) are pushed even harder because of the kinds of decisions about (non) investment and funding that government presides over in relation to the macro-economy. 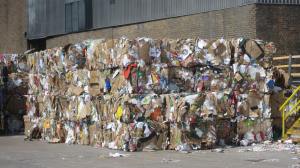 Taking as their example serial killing and the kinds of subjectivity associated with such offenders they make the observation that most of these have, counter-intuitively, barely registered in the media circus because they have taken place in abandoned spaces, involving people who are valued little by society more broadly. They use a framework developed by Simon Parker and myself about the idea of autotomic space* that appears to capture the kind of spaces sought out by killers – perhaps strategically because they tend to away from any casual gaze of unwanted encounter, but also because the people we find in such spaces are capable of being treated differently. This combination of spatial and social neglect renders the inhabitants and users of these spaces available to differential treatment. It isn’t just governments and policing agencies that act to produce sch spaces by their avoidance of responsibility and the ceding of control over such areas. We can also see how people make judgment calls about avoiding certain places because they are seen as too risky or dangerous, sometimes because inhabitants also act to deter or intimidate those who don’t belong there (points made long ago by writers like Gerry Suttles in his work on slums and their reputations and social organisation as ‘defensive’). All of this perhaps renders an intensely complex phenomenon rather simple, but it does help us to say something that moves us beyond notions of citizenship/incorporation or the kind of privatisation of public space thesis that have been the polar points of discussion around urban space in recent years. If we can treat people differently, suspend ordinary rights of citizenship, because they live in a place that has seen public funding removed, policing reduced (not something that can ever be acknowledged) and services withdrawn we can then see a vicious circularity to these processes. Sites and people are stigmatised because they don’t belong, they don’t belong because they have been financially exiled and have seen services withdrawn and this reinforces a position of partial social exile (I’m reading Saskia Sassen’s book Expulsions right now which scales these concerns to a planetary level, thoughmore on this in another post).

The production of autotomic, abandoned space is connected by Hall and Wilson to the ways in which space influences the production of damaged people with ill intent, and the way in which spaces that are relegated to the status of hopeless, sink status appears to legitimate the creation of targets for predatory criminality. Meanwhile we have long-seen the kinds of discursive treatment and further relegation of estates and post-industrial areas in media treatments that try to understand why people live like this in ‘these’ areas. Something here is rather broken and such fractures are soon revealed when we look to the geography of predatory male criminality in the north of England, the Rotherham abuse revelations among many others can be linked to these ideas of autotomic spaces and exceptional conduct (click here for an earlier article on the social and economic conditions of the town that further helps to cement these points) . Clearly there is much to be said here about gender and culture (as well as deep problems in the operations of the criminal justice system) but there is also something to be said about how these spaces create patterns of trauma that stem from wider economic and policy cycles that have rendered many such towns and cities fatalistic, inwardly facing and dangerous for weaker and discriminated groups within those spaces.

The media’s persistent role in defaming and casting-out particular social groups remains important in all of this, in just last night’s evening news on the BBC prostitutes were shown in the red light area of Amsterdam using long lenses with barely post-pubescent girls looking bemusedly to the camera as though their rights to privacy can be suspended because of their occupation and, critically, the place they work where ordinary rights are suspended. Hall and Wilson seem to be onto something here and it seems worth pursuing the idea that there is a real kind of disintegration (a falling out of society and space) of the other that occurs in places of social degradation produced by the national and urban economic and political order. This helps us to understand more about the persistence of violence, its concentration in particular areas and, in part, the lack of concerted responses to victimisation. As Hall and Wilson sum it up:

In a nutshell, the autotomic process is a process of exfoliation, shedding and abandoning a former part of the urban social body that can no longer be commercially exploited or socially controlled…Perpetrators of serious violence, homicide and serial murder take advantage of the vulnerable individuals who can be found in the unprotected spaces created by capitalism’s periodic bouts of creative destruction p.649.

* The fancy term, autotomic space, is used as a means of capturing something about particular spaces that suggests a kind of orchestrated ejection, a rejection of spaces and social groups that takes place where the cost of trying to continue to include them in mainstream society and the wider life of the city is seen to be too high. It stems from the term used to describe animals capable of shedding a part of their body in response to attack by a predator – thus a metaphor for the ejection of parts of the city in relation to the risks associated with the continued maintenance of those segments.

The Chambers English dictionary defines autotomy as: noun. a reflex reaction in certain animals in which part of the body drops off, especially in order to allow them to escape when being attacked, eg some lizards shed their tails in this way. Reading a dictionary is not often considered very fruitful and yet sometimes it pays dividends! Not only is the capacity of some animals to respond in this way a curiosity but it gives us a metaphor for the way in which the city (its systems of governance at least) may act towards particularly ungovernable, deprived, or disorderly spaces. I’ve called this blog autotomically because the term captures much of what I have been thinking and researching in the past few years, identifying spaces of the wealthy and the excluded that are more or less detached from the political, social and sometimes spatial, fabric of the city. Zones of exception like refugee camps, gated communities of the wealthy, no-go areas for policing authorities, reputationally damaged areas that are avoided by citizens. Simon Parker (University of York) and I have been working around these themes of ‘sensitive’ urban space for sometime now, they form the backdrop to the post-crash conference series we organised at CURB (York) and the backdrop to a series of papers (imminently to be published!) exploring these ideas. So this first note is a nod to acknowledge the ways in which lizards, worms and spiders can help us think about how cities operate and to the benefit of sitting with a cup of tea reading a dictionary looking for inspiration.