Last Sunday the Observer newspaper ran with a story covering our research on London’s alpha territories – the places in which the wealthiest live. The story was pitched around a series of working papers that we have been writing, increasingly focusing on how urban arenas like London work for those with most resources. We have been trying to say, both subtly and forecefully, that the UK is not a plutocracy in the sense that money is used simply to buy the voices of politicians or voters (though some would certainly make that argument!). Rather what we see is the way that the city, its economy and and politics, works for those with money. It produces fine and gauche homes (in quantity and vertically), it offers spaces to play and to buy and networks of contacts that provide seamless service to wrap the wealthy-up and make them feel at home. As I have written elsewhere, this cosseted lifestyle is important politically because it allows (and is desired by) the rich to feel distant from much of the distress around them.

I have little doubt that many, indeed all, of those with eye eatering somes of money to burn have no ill intent towards their fellow citizens, indeed many of them feel that the world around them is richly dverse and full of good folk from all walks of life (and our interviews often bear this view out). The point of course is that this money is mediated and channeled through various systems of accumlation, hidden when possible from the demands of the state to find necessary services for all (tax evasion and avoidance) and, critically, produces a city that is alien to many who have lived there for generations. It is also a city that is alienating and dispossessing as we see public housing demolished, plans for the eradication of ‘sink’ estates (old chestnuts, lies and myths have come around again about the links between design and crime without looking at their social context), more welfare cuts, the layering of stress onto communities by cash-strapped or co-opted local governments and the rise of a sense that within this dogfight of contemporary urban existence – why should the poor think they should be reserved or offered some kind of free place?

The evacuation of the public realm is an ongoing mission of the current government, in the name of economic prudence. Yet the real limits to this logic are increasingly visible. As the middle-classes are priced-out and even the upper classes (if we should call them that) feel displaced by the changes in their neighbourhoods and the political class act in the name of money rather than loyalty to their cities and constituents. In this sense the government do indeed appear to be ‘at it’ – on the one hand saying that all of this pain is necessary (or denying that any injury has even taken place) while appearing to gleefully attack forms of municipal and public provision because somehow such systems are outdated, outmoded or do not help inflate the balance sheets of those paying for their suppers. Such views don’t seem too cynical, nor are they hard to develop or access as the media increasingly focus on social and political elites and the lives of the wealthy. The rich are more and more visible and when institutions like Oxfam get angry (yes, they don’t just care about the poor elsewhere in the world, in fact they see the plight of the poor as being generated by many of ‘us’) we should take note because the nature of this debate is changing and the real contradictions of a political system that sells the majority down the river in their own name while selling assets and opportunities to the monied cannot last without being challenged or faced down electorally – we can surely expect these debates to become ever more heated. 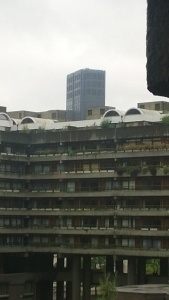 This is simply a list of links to cumulative blog outputs from the ESRC funded Alpha Territory that I have written to date and others with colleagues (Roger Burrows, Hang Kei Ho, Simon Parker, David Rhodes) project by myself and in conjunction with colleagues. I will add to this as future outputs emerge.

The spatial consequences of Piketty’s understanding of Capital: A response to Piketty & Savage, Theory, Culture and Society blog

The super-rich in London: they live amongst us, but you won’t run into them (if they can help it), British Politics and Policy, LSE

London: where only the wealth of a global elite can find a home, Guardian

A city in thrall to capital? London, money-power and elites, Discover Society

A City Both Full and Empty: London and the Super-Rich, Critical Urbanists blog

The WordPress.com stats helper monkeys prepared a 2015 annual report for this blog.

A San Francisco cable car holds 60 people. This blog was viewed about 2,300 times in 2015. If it were a cable car, it would take about 38 trips to carry that many people.