Life is full of clichés, no less perhaps than in the area of crime cinema. Yet the influence of crime and mystery cinema on daily cultural life is hard to underestimate, from the daily darkness of Scandinavian noir imbibed by millions, to the banal reality of crime presented in The Wire or the Scarface-quoting real gangsters that underpin the film of Saviano’s Gomorrah (see his interview in the DVD extras). So far, so obvious. Crime and violence is pervasive and its more subtle effects remain under-examined. Where then to start with films that offer authentic insights, useable frames of reference for understanding harm or an attempot to grapple with some of the mainstays of contemporary cultural reference points that, somehow, we should have watched? Here is a list of some of the more obvious examples, with a less obvious and perhaps more exciting alternative. This list will (hopefully) grow over time…

Watch it because you must, all five series and all all 60 hours or so. I am no fan of episodic boxed sets and The Wire wins-out because it achieves strong narrative development alongside naturalistic writing and some of the most insightful analysis of urban problems, inequality, racial divides and the fuzziness of moral boundaries. Plus you get one of the finest urban folk heroes in the form of Omar.

This is tough and hard to stand-up to the resources and combined team-writing power of American television. Red Riding runs across three film-length treatments of police corruption, serial killing and the backdrop of the soon to be post-industrial wastelands of northern England. By turns a realist cop drama and realist fantasy it at least tries to achieve a sense of monumentality that is lost in the confusion of trying to work between real events and an overblown script. 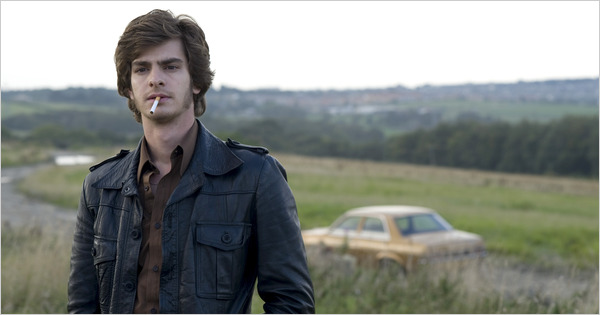 Cop becomes cyborg cop to what was then thrilling effect, the effect feels clunky now and yet this is surely a prescient vision as public policing becomes a playground of corporate invaders hawking their dreams of total dominance over criminal scum using armed robots that cant tell the difference between good guys and bad, sounds familiar?

The follow-up piece to District 9 (essential) and Elysium, the themes are back again, a fracturing metropolis, criminal gangs operating in a society of haves and have-nots. What might happen if a law enforcement robot were re-coded as an attempt at human intelligence and development that is then captured by a violent gang? Can the vulnerable child-drone be taught to be bad? By turns funny and incredibly moving this is a must-see for the issues it raises about morality, drift and personal development in a world of mad programmers with good and ill intentions. Jaw-dropping special effects in daylight urban environments yet again prove Blomkamp can produce a winning formula.

Plan a heist, have fun, we are on the side of the not so good guys, who cares?

Bresson’s beautiful and closely observed study of an anomic male deserves attention. His pickpocket is a man adrift in the masses of Parisian society, a pretence at conformity and respectability while cultivating his skills as a pickpocket addicted to the easy wins of pilfering from the punters and street inhabitants around him. Watch it because it is both beautiful and has much to make us think about where we can and cannot find excitement in a complex world that casts some of us adrift.

Not such a mainstream film perhaps, Denzil Washington acts as the morally corroded inductor of rookie cop Ethan Hawke. Washington’s presence is magnetic, with Hawke struggling to maintain the respect he craves from his mentor while trying to avoid being dragged into a world of easy wins, brutality and plain bad methods at winning.

This Hong Kong variant is a charming study of life in the city, humorous plays at the old hand/rookie conventions while trying at a serious attempt at a realist crime drama. Best Film at the HK film awards this is a great introduction to the world of Hong Kong cop drama. 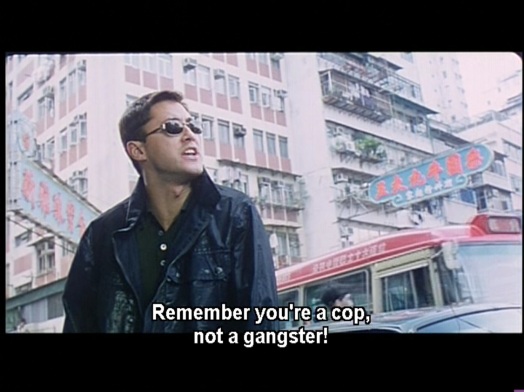 Watch it because you must, because it is fun and still has some of the best one-liners from Willis and Rickman, a period piece that still works in its own terms.

The alternative – The Raid

A cult hit, The Raid features Iko Uwais, awesome martial artist from Indonesia. It is hard not to be impressed by the energy while wincing at the brutality of what is on show here. The plot revolves around an attempt to retake a tower block occupied by gangsters and the poorer residents of the city (perhaps the alternative to this film is the newer Judge Dredd but it is so one-dimensional and dreadful it cannot be recommended). It might be pushing it to suggest this is a dystopian vision of urban life and violent policing tactics but those elements are certainly here. What we only glean is any sense of how the poverty and violence of the city produces heroes and anti-heroes of this kind.

An alternative to the glut of wargames and organised crime games that are the ubiquitous mainstay of gaming culture today, this is hardly a sleeper hit or subcultural phenomenon – this IS our popular culture today. The is also likely to be the game that your young son or daughter is likely to be playing because their older brother or sister has a copy, or because their friends have an older brother or sister with a copy. It rates certificate 18 for its immersive world of freaks, villains and charismatic sociopathy. Treat it as a play-space for your latent desire to maim and slaughter without consequence, while worrying about its corrosive effect on vulnerable others that really shouldn’t be exposed to this. Undoubtedly impressive, but what are we ultimately to do with cultural products like this and their permeation into popular culture?